This product is also included in  Wall Worm Pro Pack. If you use Wall Worm, you should update WW itself and not use this standalone version.

The Delete Faces Modifier is a C++ modifier similar to the DeleteMesh modifier in Max except it has several controls and options. Instead of always deleting the incoming mesh at the currently selected sub-object level, it gives you several options for what faces to delete:

Note: For 3ds Max 2016, you may need to install Microsoft Visual C++ 2013 Redistributable (x64) from the Microsoft website if it is not already installed. 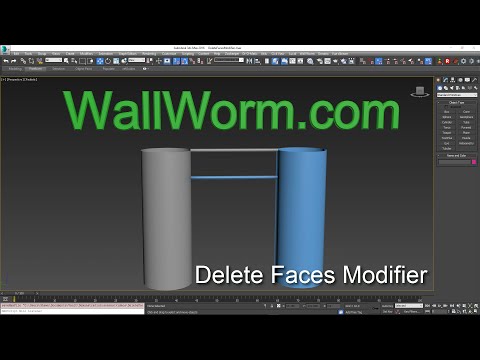